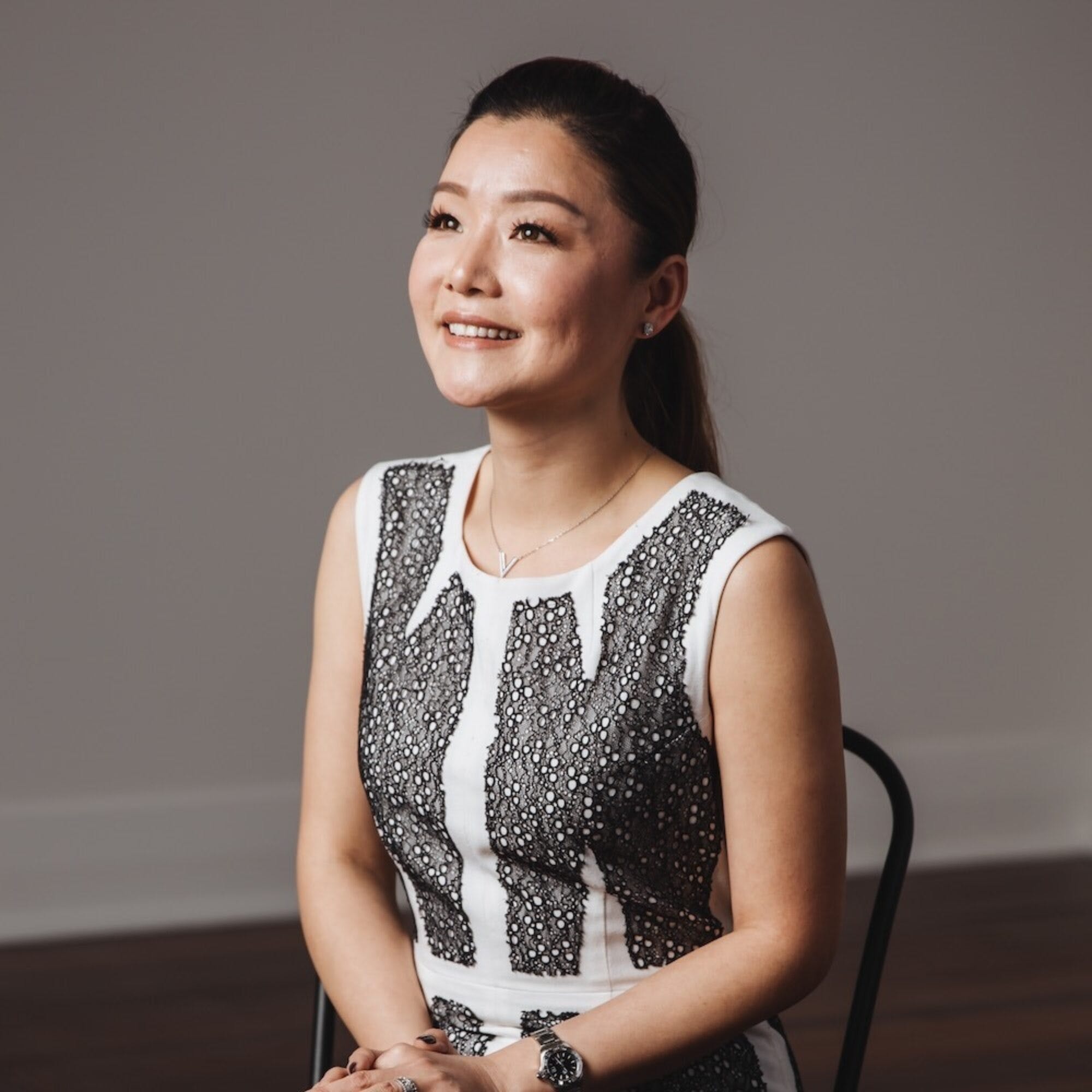 A customer service queen, Kristina has been providing 5-star assistance since we launched in July 2017. Having recently graduated to Credit Assessor, we check in for her take on the new role.

Our Credit Assessors are the engines on the starship Tic:Toc. Vigilant, diligent, and supremely thorough – you won't catch them without a laser-like focus and a warm, broad smile. I had the pleasure of speaking with Kristina, whose reputation for customer service with extreme enthusiasm precedes her.

Your name and title, please.

Sure, my full name is Kristina Chang, and my current title is Credit Assessor.

How long have you been in Credit Assessment and how did you get into the role?

My training started in October 2019, and I was trained by Steve (our Operations Manager) all the way with some guidance from David (our Credit Lead) as well. I was able to assess over one hundred deals, and then finally when they thought that I was ready, they recommended me to apply for my DLA 3 with the bank. So in February, I was officially a Credit Assessor and I got my DLA 3. So I've been doing this for four months, I think from February to now – four months as a Credit Assessor.

For those who might not be aware, what is a DLA?

Delegated Lending Authority. So basically, when you have [a DLA] you have a certain amount that you can approve when you assess a loan that is delegated (i.e. assigned) to you.

And so prior to becoming a Credit Assessor, you were working as a Home Loan Specialist with Tic:Toc?

Yes, I was a Home Loan Specialist for over two years. I started when Tic:Toc launched so I was part of the ‘launch babies’ – that was back in July 2017. And then throughout the years as I was learning more and I became more comfortable in my role as a Home Loan Specialist, I wanted to, of course, grow in the company. Our Home Loan and Credit Assessment teams had merged during that time, and I learned more about and mingled more with the Credit Assessors. And from there that's just something I aimed to become in the future and, now here I am!

You've been doing Credit Assessment officially since February, what would you say is your favourite part of the role?

I would say it would be the constant learning because each deal or each application is different and each customer is different. So one way or another you learn something new from each deal, and the learning is constant. But, I would also say in a way there's a sense of fulfilment every time I'm able to help someone when they purchase their first home.

That it's tough. We say that it's tough and it's hard. As a Home Loan Specialist, or maybe because I have been doing customer service for a long time, and thinking about home loans especially, I think of mad calculations and assessing. Somehow at the back of my head, I was thinking “oh, it might not be achievable because it's hard”, but it's actually not. When you get to know the process, when you learn how to do it – of course, you have to work hard for it, you have to sacrifice some of your time. If you really want something you have to do that. For you to be able to achieve what you want... so long as you work hard, it's actually achievable. So I would say it’s not that hard.

It’s more because I didn't have any background when it comes to Credit Assessing before, so I thought it was hard because you look at people's finances and you have to do your own assessing and investigations. And for me, it seemed hard and difficult. But, now that I'm doing it, it's actually not. Because you get that rhythm, you get that knowledge in the process. And the more you do it, the more confident you become and the easier it becomes.

What do you think that people don't know about Credit Assessing?

For you to be able to achieve what you want... so long as you work hard, it's actually achievable.

Do you find that it's unsatisfying to process a loan if it ends in a decline, or is it a bit bittersweet?

It's bittersweet I would say. When we're able to help someone get their first home, that's where we get that sense of accomplishment. But, then of course when you have to decline someone that's the bitter part. Of course, it’s very disappointing in a way, especially for the customer. But, it's part of the job – we don't want to put them in a position where they'll have financial hardship, or provide them with a loan which is unsuitable. So it's bittersweet.

How did you first hear about Tic:Toc?

Well, I was job hunting in 2017 and I was actively hunting and looking for a job because I just moved to Australia. So I was actively looking at Seek for jobs, and I kept applying. When I saw that there was an opening from Tic:Toc, I didn't know then what Tic:Toc was going to be or what type of company it was. It just had a summary of what the company will be. Mainly the role was customer service over the phone and my previous jobs I was doing call centre work, so I was familiar with the role. So I applied for it and that's how I learned about Tic:Toc.

Before that I applied for so many jobs – I was lucky. I would consider myself lucky to have found this role.

What is your favourite part about working at Tic:Toc?

Another thing would be being very innovative. I would say we constantly create systems and software (such as XAI Validate) within the company and I think that's really amazing.

How does working at Tic:Toc differ from your previous roles?

My previous roles – I would say the work-life balance is the main difference. And in terms of involvement and getting your feedback, I think here we like getting people's feedback within the organisation. So, you have a voice whereas comparing it from my previous experience it's not always the case. You know, most cases it would be the top management which makes all the decisions and everything. But with Tic:Toc, there’s more listening to the people, and then there’s good work-life balance too.

I think the difference is when we as a company achieve something, you feel like you're part of it, and I think that's a big big thing.

We’re unique at Tic:Toc in that our Credit Assessors get to use custom-built technology made in-house by our development team. What type of opportunities do you have to influence development and provide feedback?

We get to test the software as it's being built and provide our immediate feedback and observations, which is channelled down to our IT and software development teams who then build that feedback back into the systems. It means the software is built for the user, improves the process but is flexible and robust enough for continuous improvement.

The Tic:Toc team are a pretty diverse and social bunch of people. What are some of your favourite ways to engage socially with others?

I'm a bit introverted so I am awkward when it comes to gatherings, but I would say the events I like are the big events that we have, like the Christmas parties, the anniversary parties, the shared lunches. Because of COVID we haven’t had much of them, but shared lunches are good. We do Friday drinks – I don't drink, but we do have digital social Friday drinks via Teams. But I like the big events like the Christmas parties and the anniversaries – speaking of which, our anniversary is coming up!

We're pretty lucky to work in such a cool city like Adelaide. What is your favourite part about the city and, more generally, South Australia?

I think Adelaide is very small compared to other cities. But what I like about it, even if it's small, is that it's still well diverse. I love the infrastructures – it's a mix of modern and the historical type of infrastructure, so there's some balance there. It's not overpopulated so you still get that chilled type of environment overall. When you go out it's not as crowded, unless it's like sale season or Christmas season. But it's still not overwhelmingly overpopulated so I like that it's quiet. Some people from other states, they might not like it but I actually really like it this way. Just walking, you know I walk to work every day, and once in a while you’ll see when you walk with people beside you – they're very friendly and they smile.

What is the most common positive piece of feedback you hear from customers either about your service or about Tic:Toc generally?

I would say with Tic:Toc, it's more the rate most of the time, because we offer really really competitive rates. The next thing I would say is the speed in terms of the process. That's the other thing that I get the most, that we make the process easy for the customer. Easy and straightforward – so usually when you give those three things, you make someone very happy.

One piece of customer feedback I received recently was that she was very happy with the service. Initially, they thought the process was just going to be via email and interacting digitally. They were actually very happy because our communication was a mix of digital versus personal – they’re able to talk to someone over the phone and in reality, there’s still intervention by a person, so it's not always purely automated. So there's still that personal touch - we've just streamlined the boring, admin bits.